Working at the Hornsea Floral Beer Festival 2014, I happened to come across some confusing beer mats, which to me at first glance looked to be composed entirely of squiggles, until I was able to decode the font and read that it was actually Brass Castle (www.brasscastlebrewery.co.uk) our real ale supplier. What really grabbed my interest though with these simple beer mats that I’ve always been to normally dismiss was that it would read ‘Brass Castle’ upside down as well! 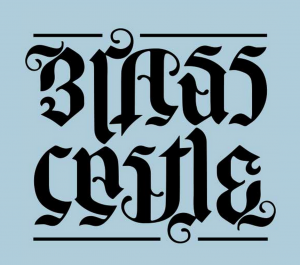 I’ve since learnt the artwork is referred to as ambigrams, in which text is usually graphically designed with 180 degree rotational symmetry (or possibly viewable at more or other angles, and sometimes with mirror text across it), most commonly styled in an old English font though this is by no means the only one, and can also be read as two different words due to an effect known as perceptual shift. 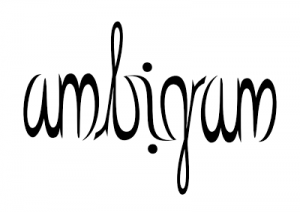 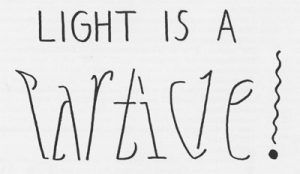 A couple days later whilst at work, a colleague came over to me asking if the burger I’d written down on a ticket was with cheese or not. I tend only write burger if the customer only wants a plain burger whilst my colleague prefers that it’s written down as classic burger. So to demonstrate a point and be confusing, I wrote classic as a perceptual shift ambigram with cheese. This was my result… 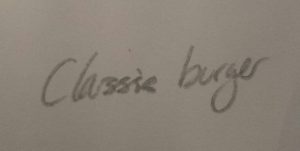 Not bad for my first attempt

Luckily, some colleagues at first thought it said cheese, whilst others thought classic. So I was quite proud of being able to trick them with my first attempt at an ambigram. They’re lots of fun, and something I’ll keep my eye out for in the future.